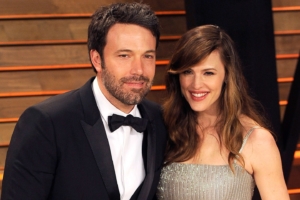 Say it isn’t so. But we hope it’s true. It’s been nearly two years since Jennifer Garner and Ben Affleck announced their split after ten years of marriage, but according to sources close to the couple, there may hope for the relationship. The husband and wife of 10 years have made little movement since the public declaration of divorce, however, considering the actor has not moved out and still considers the family’s property his primary residence among other statements and actions, things are looking up for this Hollywood couple. Garner and Affleck have reportedly called off their divorce for the time being and are working on their marriage together. Rumors of a reconciliation have been swirling ever since their separation, as the two have been regularly spotted out and about together with their three children.The two aren’t officially back together yet, but apparently, both Affleck and Garner decided to put the divorce on hold.The two stars separated in June of 2015 amid rumors that pegged Affleck as the guilty party for an alleged affair with the couple’s nanny. Despite high-profile interviews about their decision to divorce, Garner and Affleck have continued to live on their shared Los Angeles property over much of the past 20 months, co-parenting their children and vacationing together.“There is always a chance of reconciliation. They love each other,” a confidential source added. “They also really, really love their kids, and those kids love their parents.”Among the public scrutiny, Affleck has nothing but words of praise for the mother of his children. “Jen is a superhero mom, she is an amazing mother and I’m really lucky to have her as a partner to co-parent these kids with. We try our best.” We hope that these two Hollywood lovebirds can work out what’s best for them and their family. It’s nice to see Hollywood marriages that go through hard times and come out stronger. We are rooting for you, Jen and Ben!