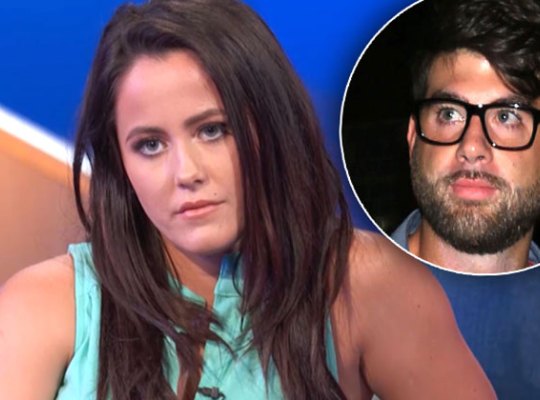 Just another arrest for another boyfriend in Jenelle Evan’s life. The latest boyfriend, David Eason, was found guilty of violating a domestic violence protective order. Back in March, RadarOnline  reported that David had violated a domestic violence restraining order that his ex had filed against him in October of 2015 after he had become violent towards her. He was in a grocery store when he saw his son and went to go hug him. His ex’s mom was with his son and told David’s ex that David approached his son. The ex got upset and contacted the police.He was then arrested for violating the no contact order.

David Eason has been sentenced to 60 days in prison after violating a domestic violence protective order. “Defendant was in the same location as his child, who was out with his grandmother and aunt when defendant approached and hugged [his child],” the warrant obtained from the New Hanover Clerk of Court’s Office read. The arrest warrant stated that the child’s grandmother and aunt became “frightened” when Eason “grabbed” his son after he was told to move away from him.

He was found guilty on his September 13th hearing. After the verdict, Jenelle tweeted, “The judge found him guilty saying, ‘An unwanted hug is a form of child abuse,’” she wrote in the now-deleted tweets. “Same judge that granted the no-contact order and that wrote up his custody papers when he had no way to even fight against his ex, the judge even knew this. She hates David.” Jenelle claims that the judge wasn’t even listening to David’s attorney and that the Judge had it out for David.

While David is currently appealing the ruling to the Supreme Court, he is also seeking to get custody of the child. She tweeted that, “The no contact order expires Oct 22nd then he will be filing for visitation for his son that his ex is refusing to let David see.”

Jenelle is currently pregnant with David’s child. This will be her third child with a different man.

Let’s start with Jenelle Evans. Although not part of the current cast, she is still very