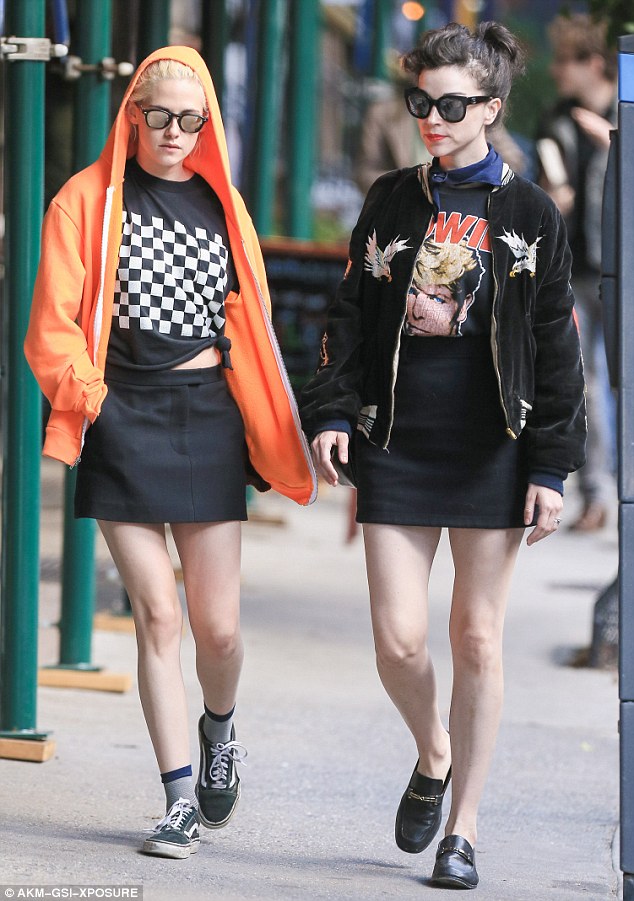 It’s another relationship for Twilight star Kristen Stewart. She was seen out in Paris following reports of a blossoming new romance with alternative singer-songwriter St. Vincent, the former girlfriend of British supermodel Cara Delevingne.

The pair was first spotted together in August when they went for dinner at Largo restaurant in West Hollywood before catching a performance by The Improvised Shakespeare Company. Then Kristen brought St Vincent as her date to her New York Film Festival screening of Certain Women in October. A source told Us Weekly, “They have started seeing each other,’ a friend told the magazine. ‘It’s been very romantic.”

St Vincent split with British model and actress Cara, 24, split this summer despite reports that they had got engaged in Paris earlier this year. Their split was rumored to be due to the fact that the long distance relationship was too hard to maintain for both Cara and St. Vincent.

We wish this new couple good luck and here’s hoping that these crazy kids might actually make it!