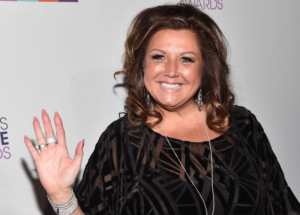 Dance Moms’ is facing a new kind of drama of a more serious nature. Almost a year and a half after she was first indicted on 20 accounts of fraud, former Dance Moms host Abby Lee Miller was sentenced today to one year and one day in prison by a federal judge in Pittsburgh. Abby Lee has found herself in some hot water.

The reality star, who rose to fame on the Lifetime series Dance Moms, was sentenced to one year and one day in prison followed by two years of supervised release on Tuesday. She was also reportedly fined $40,000 and ordered to pay a $120,000 judgment. She has 45 days to report to prison. “It’s a very serious situation when someone who files for bankruptcy isn’t truthful with the court,” Judge Joy Flowers Conti told the reality star in court.

The 50-year-old dance instructor was initially indicted in 2015 on 20 charges of bankruptcy fraud, concealment of bankruptcy assets and false bankruptcy declarations after the FBI, IRS and postal inspectors conducted an investigation. She allegedly hid more than $755,000 in other bank accounts, income reportedly stemming from appearances on the show in 2012 and 2013.

Lee Miller initially filed for bankruptcy in 2010. In the reorganization plan she submitted to the court, the reality star did not indicate she had a contract for the show. It reportedly was not until Judge Thomas Agresti spotted the choreographer on television that he canceled a hearing to discharge her bankruptcy case and requested she disclose any contracts.

“The problem here is that it looks to the court that she was hiding the ball,” Judge Agresti said at the time, per the newspaper, “and until she got caught we wouldn’t have known about this. Miller also pleaded guilty to one count of not reporting an international monetary transaction. In March, she also announced she was leaving the TV series.

While appearing in court Tuesday, she told the judge she was ashamed to be meeting this way and that she wished the judge could have taken her class. We wonder what her dance studio girls will think when they find out their teacher has gone to jail, and if she is sorry for her actions, or just sorry she got caught.  What have we learned here? It’s always better to tell the whole truth. And if you are not sure about a legal question, it’s better to investigate with professionals than making assumptions. You know what they say about assuming.