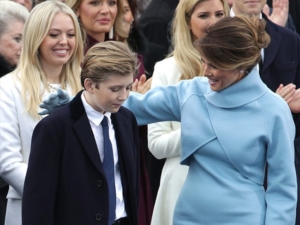 We wonder what Barron will think of all this when he is old enough to understand. He will probably read that tweet someday. He is a White House kid now, and his life will never be the same. Not that it was normal to begin with.