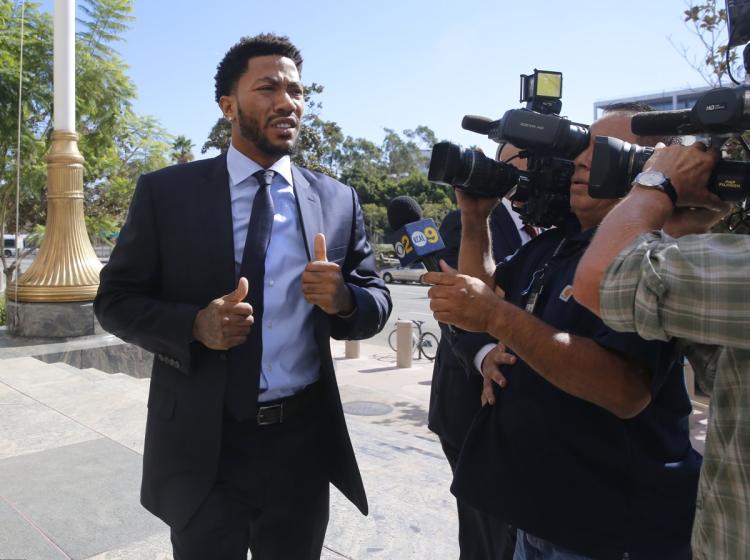 Good news for Chicago Bulls player, Derrick Rose, has won his rape case. A jury has found the NBA superstar did not commit sexual battery against a woman in 2013 and he will not be liable for damages.

The verdict was just announced in federal court in L.A. where Rose and 2 friends have been on trial for the past couple of weeks for allegedly gang raping a woman. All three were found not liable on all 3 claims which included trespassing, sexual battery and battery.

As the verdict was read, the accuser and her legal team appeared somber. She had her head down as if she was praying and appeared to be devastated. After each not guilty, Rose’s legal team smiled and shook the hands of Derrick and his co-defendants.  All of the defendants appeared to be relieved.