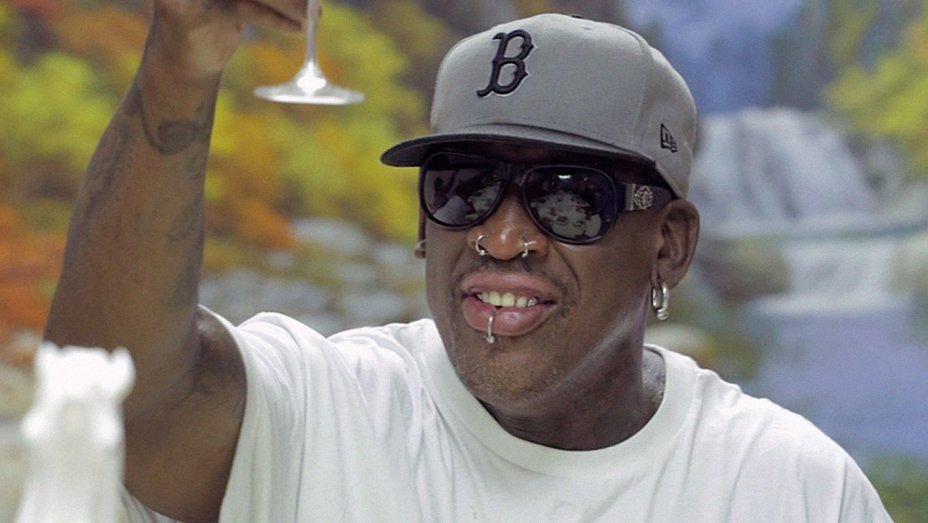 I guess age doesn’t always make you smarter or wiser, at least in the case of Dennis Rodman. He has  been charged with hit-and-run and property damage after driving the wrong way down on a freeway and causing a car crash. He is accused of misdemeanor counts of hit and run with property damage, driving a motor vehicle across a divide, giving false information to a police officer and driving without a valid license. If he is convicted of all charges, he could potentially spend a maximum of two years in county jail.

The charges stem from an alleged incident that occurred last July. On July 20th, the driver of a black BMW was reportedly traveling south in the carpool lane and crashed into the center divider after swerving to avoid a head-on collision with a white luxury SUV, that was allegedly being driven by Rodman. Rodman got out and talked to the driver and then left without exchanging information. He left right before the police arrived.

Well Rodman’s attorney has a completely different story. His attorney,Paul Meyer, says the incident occurred on a poorly signed exit ramp. He added that his client corrected the driving error without the cars touching, stopped and spoke to people in the other car. So the complete opposite of what the other driver claimed to have happened.

Of course this isn’t the first time that Rodman has been in trouble with the law. In 1999 and 2003 he was arrested twice for driving under the influence. He plea guilty to the 1999 incident and he was charged for driving without a license. He was ordered to pay $2,000 in fines and had to attend a three-month treatment program. Looks like that treatment program didn’t work because he was arrested again in 2003 after he crashed a motorcycle outside a Las Vegas, Nevada, strip club. He pleaded no contest in the second case  and he was sentenced to 30 days home detention.

We are going to take a wild guess that this latest incident is alcohol related. He was seen partying at a karaoke bar in Santa Ana. That is only our opinion on the matter but it appears like maybe he should just hire a driver next time.