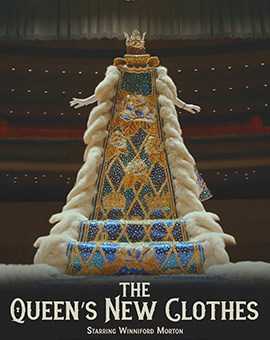 Sharon Bush, with little surprise to anyone, was once again turned a blind eye by ex-husband Neil Bush during the passing of her children’s grandfather. The 41st president of the United States, George H.W. Bush, passed away on November 30th, 2018 at the age of 94. The natural motherly instincts held within Sharon Bush’s heart left her children, Lauren, Pierce, and Ashley, with open arms to grieve in. Sharon had hoped to extend this support to her children and their family members at the funeral of her ex-father in law. She had made clear her hopes of attending the celebration of life for her children’s grandfather, but received only a petty note from not Neil himself, but from his secretary, that there were simply not enough pews in the National Cathedral to squeeze in Sharon Bush according to PageSix. Sharon’s 23-year long marriage with ex-husband Neil Bush left her reasonably wishing to pay respects to her former father-in-law. Saddened by the actions and disregards of Neil Bush, Sharon Bush respectfully accepted her circumstance as her three children children sorrowed at 11am EST, December 5th in Washington D.C.

The Spotlight shone on Sharon the day after the Washington funeral when The Daily Mail produced an uninformed and inappropriately skewed article pertaining to Sharon Bush’s whereabouts during the D.C. service. The Daily Mail article’s brash attitude and tone toward Sharon promoted their websites traffic by producing misrepresented and distorted work. This article focused on an Instagram post by Sharon Bush. A picture of Sharon and her friends, Anne Heart and Cynthia Germanotta, captioned “Taking a break from watching my daughters speak at the funeral procession. A girlfriends lunch with the fabulous Anne and Cynthia. #godblessfriends”, was posted during the service she had longed to attend.

Surrounding herself with friends while she was not allowed to be by her children as they mourned the death of their grandfather, was twisted by Daily Mail to corrupt the image of Sharon. It wasn’t until an article posted by Page Six that finally the trust came out about Sharon’s whereabouts during the service. The Daily Mail made wild insinuations as they headlined their article “Neil Bush’s ex-wife Sharon spends the day lunching with girlfriends while her daughters and the rest of the family lay George H.W. Bush to rest”, assuming Sharon ignored the funeral and made a day with her girlfriends out of it. The Page Six article clearly debunks this inaccurate claim, telling how Sharon’s inclination to attend was audaciously denied by ex-husband Neil Bush and his inability to let go of past matters.

Neil Bush’s lack of concern toward Sharon Bush’s attendance of George H.W. Bush’s funeral service stems from a long past of foregoing actions. As the departed couple’s children grew up, Sharon took on what seemed to be an almost single-mother type parental role. Neil was frequently traveling and out of the house due to the nature of his work. It was Sharon’s goal as a philanthropist and a mother to raise their children with open minds and open hearts. Lauren, Pierce, and Ashley, alongside their mother Sharon, spent numerous hours of their upbringing helping those who are economically and situationally disadvantaged.

Taking a break from watching my daughters speak at the funeral procession. A girlfriends lunch with the fabulous Anne and Cynthia .#godblessfriends

Today, Sharon Bush’s children thrive in the philanthropic world– many thanks to their mother’s influence. Sharon’s eldest daughter, Lauren Bush Lauren, married to Ralph Lauren’s son, co-created FEED Projects in 2003. FEED focuses on helping to combat the hunger crisis around the world from the profits of FEED bags and totes. Middle Bush child, Pierce Bush, is the CEO of Big Brothers and Big Sisters Lone Star. This agency works to provide mentorship programs for youth across the country. The youngest sibling, Ashley Bush, works with women in safe houses to obtain their GEDS, along with being a filmmaker. Sharon’s philanthropic ventures include her work with Protein Matrix, a company providing solutions to remedy environmental pollution in wastewater treatments. Sharon is also a board member of the UN Women for Peace to work toward advancing the education and access to resources for women around the world. One of her most primary philanthropic aims was made through her organization, Teddy Shares. Teddy Shares uses profits from its teddy bear sales to give nutritional supplement aids to malnourished areas of Africa. Sharon has even partnered with daughter Lauren’s organization, FEED, to provide aid to even more areas across the world.

The divorce between Sharon and Neil was anything but private. Public scandals, Neil’s affair, and accusations amidst the two flooded newsstands and headlines. More often than not, Sharon got the short end of the stick on these scandals as support from the Bush empire was on Neil’s blood side. Despite all of the turmoil that arose during the time of their divorce, Sharon Bush still made an effort to publically honor the life of George H.W. Bush, whom was close in her life for 23 years. Days after the death of the 41st president, Sharon posted to Instagram saying, “This is a very sweet picture of my Ashley reading to her grandfather a few months ago. May he Rest In Peace.” Additionally, she posted to Instagram the day of the former presidents funeral service in Washington D.C. stating, “My girls Lauren and Ashley reading scriptures at their grandfathers funeral. So proud of them. May he RIP #proudmama.”

Even 15 years after Sharon Bush and Neil Bush’s divorce, the discord between the two still stands, as shown by Neil’s indecency during his father’s funeral. He took the day intended to celebrate the long successful life of his father, the grandfather of his children, and used it to once more step on the toes of Sharon Bush.