I don’t think I had a bigger crush in the 90’s than Luke Perry. I think I had about 5 posters of just him hanging in my bedroom. I was so saddened to hear that he passed this week. I only started watching Riverdale because he played Archie Andrew’s father, Fred. I was never a fan of the Archie comics and was not particularly interested in the story, however because Luke Perry was in it, I watched it. I think most women who lived during the 90’s feel the same way about Luke Perry.

His beloved character on 90201, Dylan McKay, was a bad boy loner who was also very emotionally vulnerable and women everywhere loved him. He played the character with such convincing likeness that fans still jokingly refer to him as “Dylan” even as his career moved on. Even though his good looks and acting credentials secured him as a Hollywood heartthrob, Perry was also known for his charitable acts and random acts of kindness. There was an outpouring of stories from people that have stepped forward to share stories about the late actor’s good deeds.

Perry passed away Monday morning from a stroke at St. Joseph’s Hospital in Burbank. He was surrounded by loved ones when he died. He was rushed to the hospital last week after a call came from his house reporting that he had suffered from a stroke. He was responsive when medics first arrived but his conditioned started to deteriorate rapidly.

There has been a huge outpouring of sadness from writers and actors that have worked with Perry. People who loved and worked with him have taken to their social media accounts to express their profound sadness over his passing. His co-star, Lili Reinhart, from Riverdale tweeted:

I’m finding it hard to grasp that he will no longer be around to give long hugs and share his wisdom and kindness with all of us.

I’m thinking of his family. His children.

I pray for them to heal and find peace in this devastating loss.

Also, his co-stars from his 90201 days are sharing their grief about the loss of their friend and previous co-star.

Dearest Luke, I will forever bask in the loving memories we've shared over the last thirty years. May your journey forward be enriched by the magnificent souls who have passed before you, just like you have done here for those you leave behind. God please give him a seat close to to you, he deserves it.

Dearest Luke- I am so heart broken and at a loss for words. You my friend were a mighty soul and have left your mark. My love and prayers to the family and all who loved you. RIP

Even writers from his previous shows are showing their sadness and support for the actor and his family. Aaron Harberts and Gretchen Berg, who penned the amazing episode that saw his return to 90201, spoke of the profound loss of such an amazing actor.

Amen. Luke was warm and generous and a complete original. We lost someone great today. ❤️ https://t.co/VJPlxRSNuu

Perry, outside his roles on 90210 and Riverdale, also had prominent roles on shows like Another World, Oz, Jeremiah,Windfall, John from Cincinnati, and Body of Proof. He also appeared in much loved movies like Buff the Vampire Slayer, 8 seconds, and just finished filming for Quentin Tarantino’s latest film, Once Upon a Time in Hollywood.

We have some tragic news to report. Media outlets are reporting that former 16 and Pregnant season 2 star, Valerie 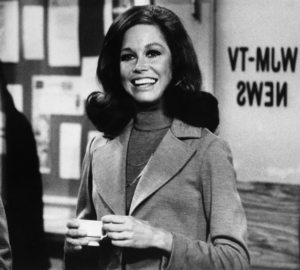 The passing of Mary Tyler Moore was shocking and saddening to many people across the country and within the Hollywood community. Details were released about the cause of her death and different complications she had leading up to it. Mary Tyler Moore was born on December 29, 1936, in Brooklyn, New York. She became one of the television’s most beloved wives, playing Laura Petrie on The Dick Van Dyke Show, and won two Emmys for her work on the series. The Mary Tyler Moore Show — featuring a single, 30-something woman in the working world — started in 1970 and won her three more Emmys. Her roles on these classic TV sitcoms have made her one of the most popular actresses in television history. The legendary actress died on January 25, 2017, at the age of 80.

Moore had been in the hospital for about a week before her passing, hooked up to a ventilator for several days before succumbing to what was an incident of cardiopulmonary arrest. According to this death certificate, Moore was suffering from severe health issues due to aspiration pneumonia, hypoxia and diabetes mellitus. After having trouble getting oxygen into her tissues, the actress went into cardiac arrest.

On Sunday, Moore was laid to rest at the Oaklawn Cemetery in Fairfield, Connecticut, according to the Connecticut Post. She had an intimate funeral with a small group of close friends and family.

Moore was a mover and a shaker of her time. She was one of the first to talk openly about life as a single, working woman.References made by Moore’s character to birth control at the time, for instance, took viewers by total surprise. Later in life, however, Moore was forced to back away from the spotlight a bit due to her health problems. In May of 2011, the actress underwent elective surgery to remove a benign tumor of the lining tissue of the brain. By 2014, friends say she was battling problems with her eyesight, kidneys, and heart.

“She was a groundbreaking actress, producer, and passionate advocate for the Juvenile Diabetes Research Foundation, Mary will be remembered as a fearless visionary who turned the world on with her smile.”

We have some tragic news to report. Media outlets are reporting that former 16 and Pregnant season 2 star, Valerie 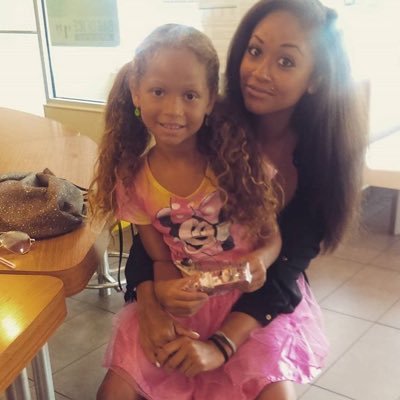