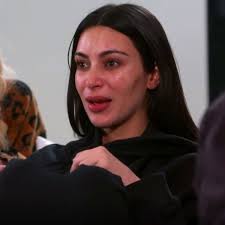 There has been an update about the diamond heist. The French Police have finally made a break in the case and have secured confessions from a few of the robbery suspects this week. Even though many of the suspects were released, the police feel very confident in the confessions and the case they are building against the remaining suspects.

It was reported that three out of the sixteen suspects were released this week but that theys till had fourteen people still in custody. Still in custody are Gary M., 27, a former driver for Kardashian. His brother, Michael, the man who drove her during her stay in Paris, was released last night. It is not known if Gary is among the suspects who confessed.

There has been a rumor floating around that the Robbery was an inside job. The robbers knew the exact perfect time to strike when Kim would be by herself and at her hotel room. So is comes as no surprise that her driver was one of the people who were arrested in connection with the robbery.

Concurrently, the French Police are working with law enforcement in Belgium which is where they believe that the stolen jewels ended up after the heist. Two of the suspects, “Aomar A-K” and “Marceau B” were thought to have fled to Antwerp, in following  the heist. Belgium has a “Black Market” for diamonds and several men that were arrested have ties to this illegal market. Law enforcement sources in Belgium told TMZ that their federal police force is investigating, sources say that getting the jewels back will be next to impossible. Three months have passed since they were stolen and chances are they have already been sold off.

We hope that the breaks that have come in the case lately will help put Kim’s mind at ease. During and interview, Khloe said that Kim is still suffering from PTSD from the event.