Well another Bachelor franchise couple as called it quits. Huge shocker, Amanda Stanton and Josh Murray, who were really hot and heavy have decided t part ways. According to TMZ, the couple broke up after a fight at Jingle Ball at Staples Center which they attended with some of their co-starts from Bachelor in Paradise. They fought at the concert and then Josh walked out and ditched Amanda at the concert.

Sources say that the fight started when co-star Ashley Iaconetti started talking about a trip that her and Amanda took to Lake Tahoe. Ashley brought up that the girls drank during the trip and apparently Josh was told that they didn’t drink. Josh then snapped at Amanda and accused her of lying to him about not drinking. But sources close to Josh say it was because Amanda said something to him that he felt was very disrespectful so he left.

But is appears that there is more to the story than just that. It has been reported that the fight was actually the breaking point for Amanda who is know saying that Josh is a freeloader who didn’t pay for his half of the rent. This info came out when her ex Nicholas Buonfiglio, filed paperwork to adjust the child support payments. He claimed that Ashley made more money so his payments should be lowered. Her response was that her average monthly income is $6,864 and she pays $11,729 monthly in total household expenses despite having Murray, 32, living with her. When asked if he pays any of the household expenses she answered no. Sources claim that this is the main reason why they split.

Well another one bites the dust. Once again, we are not shocked that a coupe from the Bachelor didn’t work out. We were always a fan of Amanda and hope that she can find love some day. Good luck girl!

Lets face it, anytime anyone appears on reality TV, rarely do they walk away without all their secrets 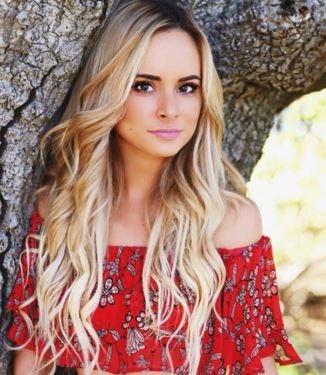 being exposed. Some people are not prepared to deal with aftermath of having their whole life displayed on tv for all of America to see. Amanda Stanton from the Bachelor franchise is no different.

The fresh-faced mother of two, first appeared on Ben Higgins season of the Bachelor. After introducing her two children to Ben, he decided he was not ready for all the responsibility that came along with a single mother. Amanda was devastated but picked the pieces back up and decided to give love another try on the Bachelor spinoff, Bachelor in Paradise. And she did find love in the form of Josh Murray. Not one of my favorites but hey Amanda seems pretty in love with him so who are we to judge? Anyways, it seemed like a happy ending had by all expect Amanda’s ex- husband Nick Buonfiglio.

Nick has been notorious for running to the media about Amanda since her first appearance on The Bachelor. He spoke with US Weekly about the latest issue he has with Amanda which is about the custody of their two girls. He filed papers earlier this month asking for 50/50 custody of the girls along with a reduction in child support. He also believes that her behavior on the show has caused undue harm to the children. “[Amanda] been scrutinized for how she has acted by hundreds of thousands of fans, and it has put my daughters in tons of media attention, which I believe is causing harm,” It is fascinating that he apparently doesn’t find talking about the girl’s mother to anyone that will pay him detrimental to the children.

Amanda, decided to fire back at Nick for spreading private family information to the public. She wrote on her blog, ““I was trying to lose the 40 pounds I gained during pregnancy, still breastfeeding and throwing a pity party for myself while living in a family friend’s house in Malibu. Meanwhile, their father was dating multiple girls he was meeting on Tinder, became a regular at the local bars and was going on trips to Vegas with his friends every other weekend. I remember thinking it was so unfair that he could just break up our family and then go back to living his life the way he did pre-children while my world completely revolved around them.”

This time we are going to side with Amanda. Nick seems like a jealous little baby who is hell bent on trying to make Amanda look like a bad mom. He seems to take joy in ripping her apart to the media. We don’t blame Amanda for striking back. We hope to see Amanda truly find happiness and we wish her the best on this custody battle.